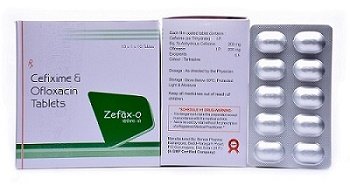 Ofloxacin is a bactericidal drug. It act by inhibiting the enzyme DNA gyrase (Topoisomerase 2) and Topoisomerase 4.DNA gyrase helps in the formation of a highly condensed three dimensional structure of the DNA by its nicking and closing activity and also by introducing negative supercoil in to the DNA double helix. Ofloxacin inhibits DNA gyrase which results in abnormal linkage between opened DNA and gyrase and negative supercoiling is also impaired. This will inhibits transcription of DNA in to RNA and subsequent protein synthesis.